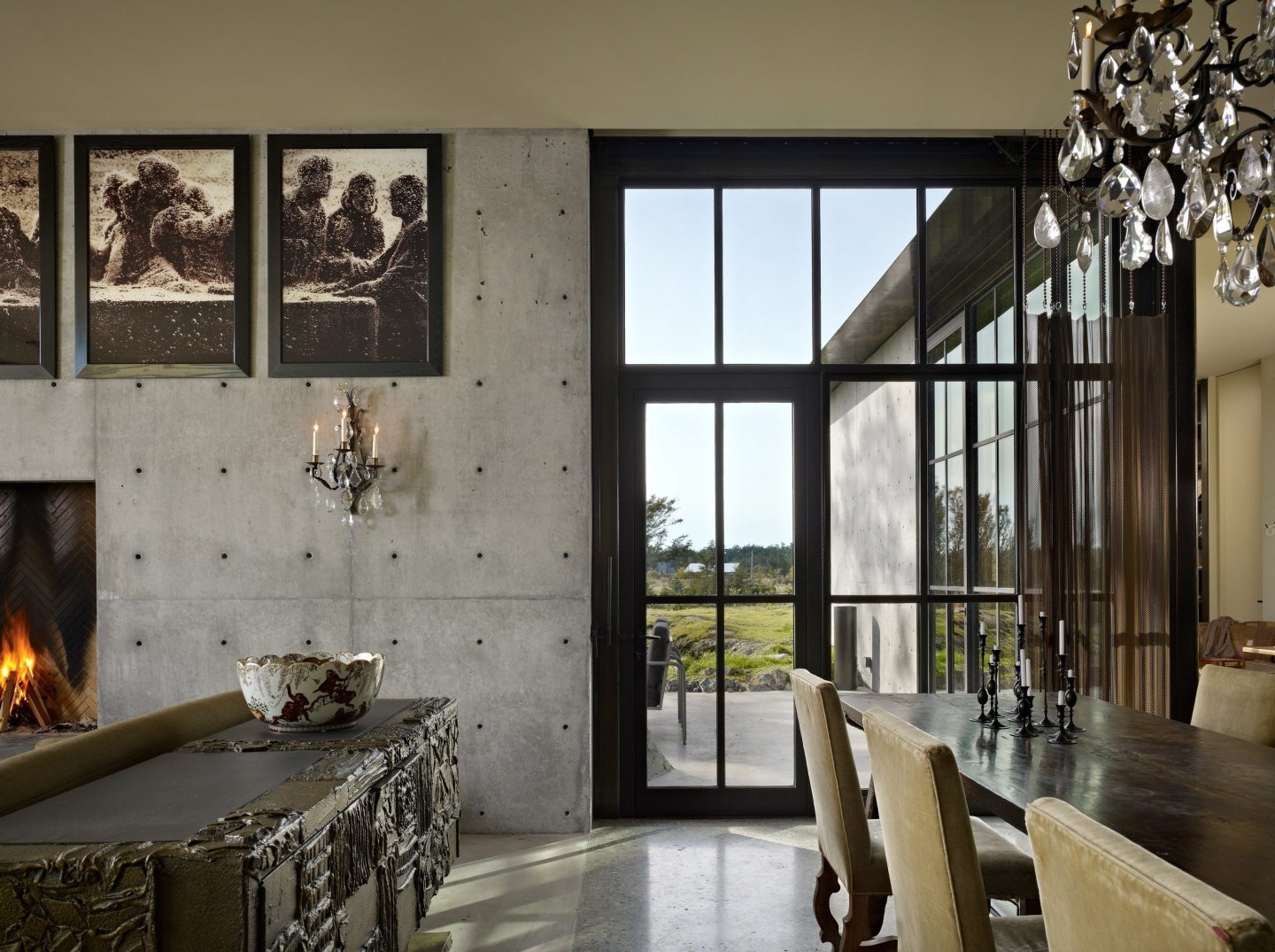 The owner’s affection for a stone outcropping on her property inspired the design of this house. Conceived as a retreat nestled into the rock, the Pierre (the French word for stone) celebrates the materiality of the site. From certain angles, the house—with its rough materials, encompassing stone, green roof, and surrounding foliage—almost disappears into nature.

To set the house deep into the site, portions of the rock outcropping were excavated through machine work and handwork. Excavated rock was re-used as crushed aggregate in the concrete flooring. Excavation marks were left exposed on all the stonework, a reminder of the building process.

Throughout the house, the rock extrudes into the space, contrasting with the luxurious textures of the furnishings. Interior and exterior fireplace hearths are carved out of existing stone; leveled on top, they are otherwise left raw. The master bathroom’s sink is composed of water cascading through three polished pools in the existing stone. Both the entry sequence and a powder room are fully carved out of the rock.

The Pierre is a modern house exploring traditional site and building strategies. In the spirit of using available on‑site materials, we took a natural object from the site – the rock – and repurposed it in the building of this home. It’s both a quarry and a structure. Tom Kundig, FAIA, RIBA