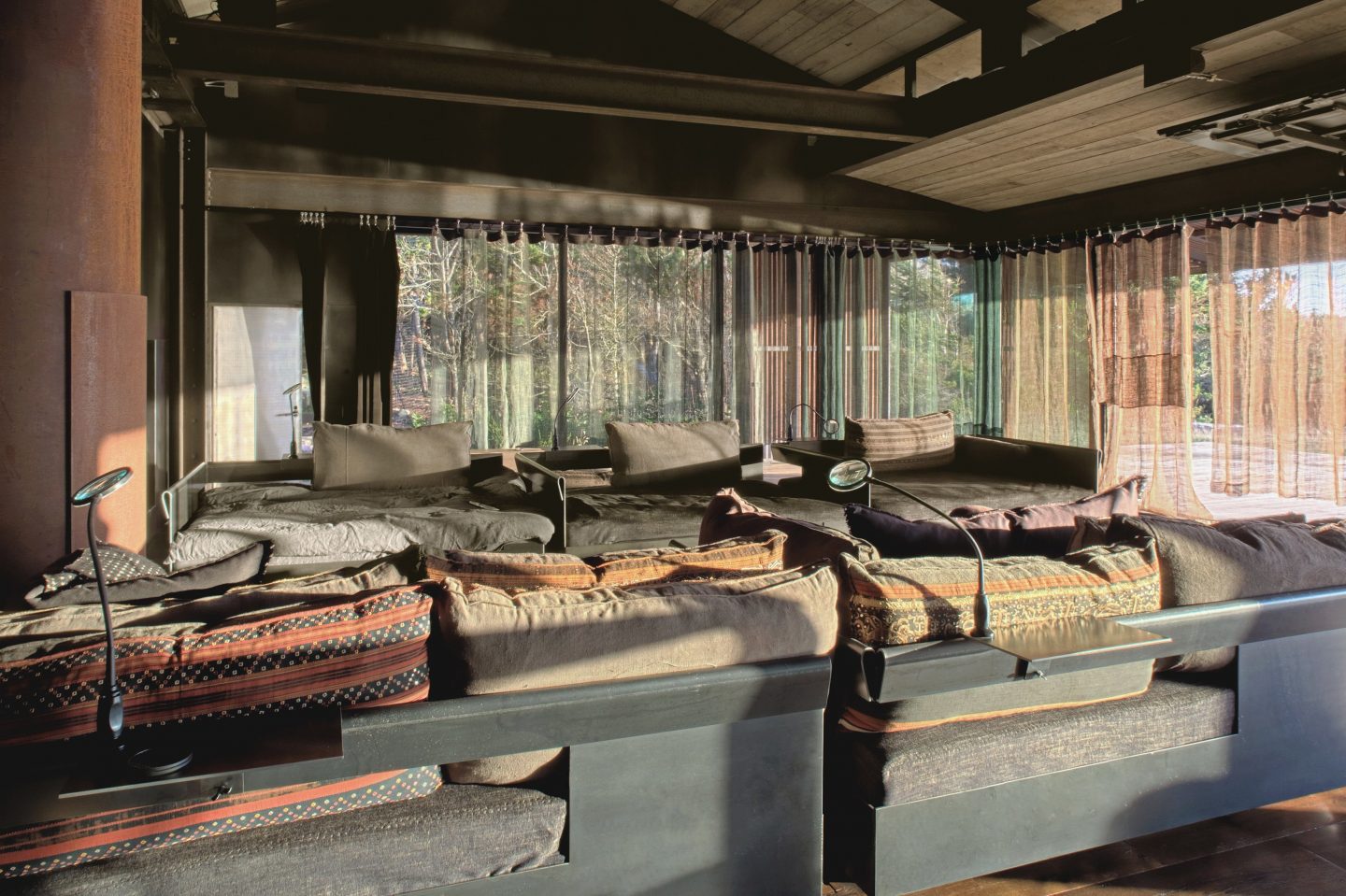 Shadowboxx responds to a primal desire to develop an intimate understanding of a place while exploring the tradition of gathering around a fire. The site for this island retreat is a remote, windy point of land in the San Juan Islands in the Strait of Juan de Fuca. Tucked between a thicket of trees and a rising bank, the house angles toward the bluff with its 50-foot drop to the sea and view of the Olympic Mountains beyond.

Composed of several elements—living space, bathhouse, and private guest room—Shadowboxx sits in a natural clearing created by the strong winds that force back the trees from the rocky bank. The swept-back roof form reinforces the structure’s deference to its windy site. The building masses are modeled by winds off the water; the exterior cladding is allowed to weather and rust; and shifting doors, shutters, walls, and roofs constantly modulate the threshold between inside and outside. The house is more about the softness of the shadows than the hardness of objects.

Inside the home, layers are revealed slowly. A gallery runs the length of the house, with rooms spilling off it. Two steel-clad doors slide open to reveal the main living space, called the cloud room for its ever-changing atmospherics. A glass-walled bunkroom contains six custom-designed rolling platforms that serve both as sofas and beds, enabling the room itself to morph in function. Exterior awning shutters face the water and can be closed for protection from the elements or for security when the owner is away. Tactile materials are used throughout the house, including rammed earth floors, reclaimed oak floor planks, unpainted gypsum boards and steel walls, corrugated steel siding and roofing, and reclaimed scaffolding planks for the ceiling.